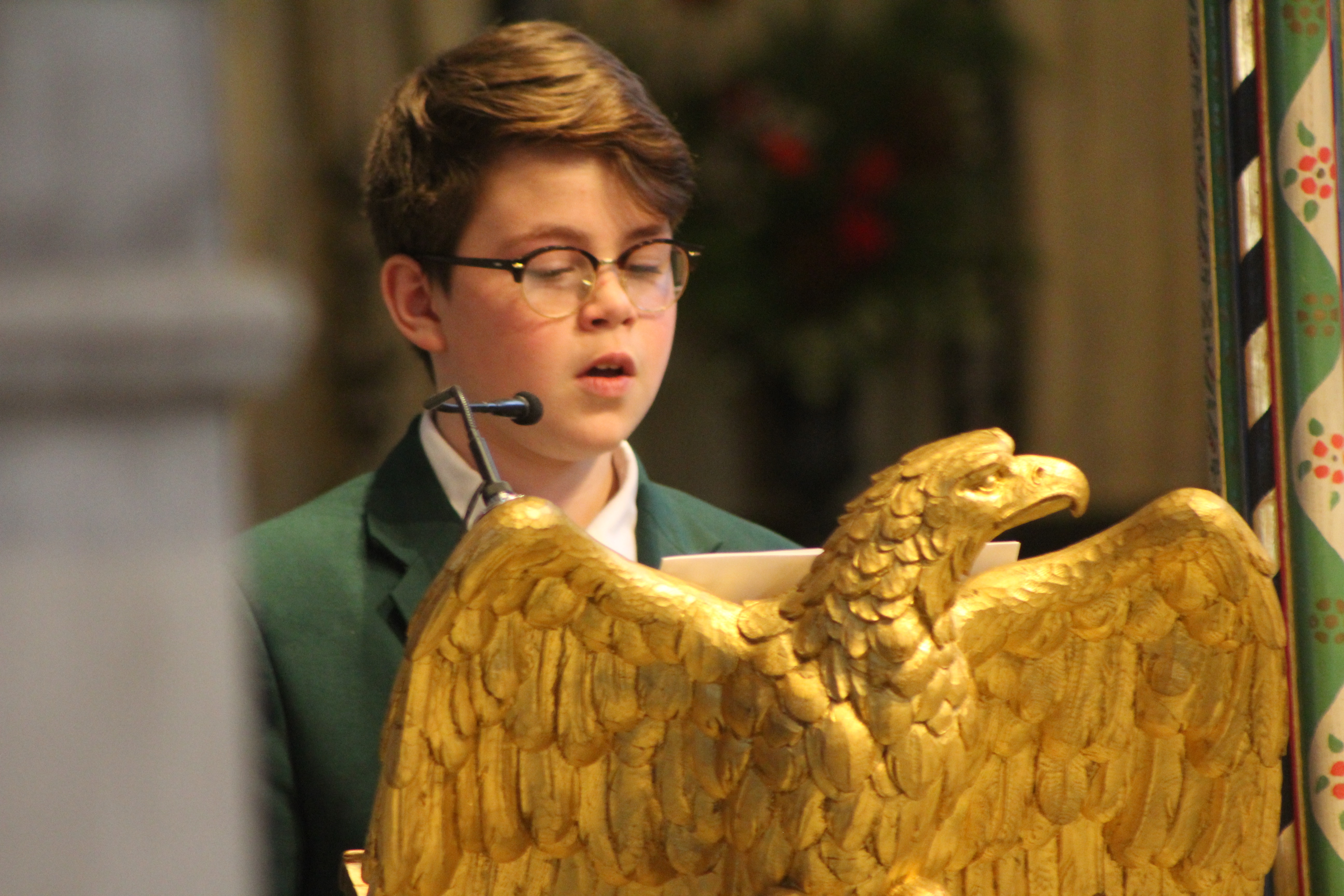 Dating back to the founding of St. Richard’s Episcopal School in 1960, the Reverend Ernest Lynch opened the school with a fondness for English education with its high academic expectations and the respectful demeanor of its students.

It is no surprise that the school remains committed to both qualities while also instilling a love for learning and instilling knowledge and values for a lifetime.

While the youngest classrooms include ample time for hands-on learning and creative exploration, there is also great emphasis on showing gratitude, being a kind friend, and showing respect to all.  Among many expectations still present in the Lower and Middle Divisions, Father Lynch and the founders instructed the students to stand when an adult enters the room. As society has moved toward a tendency for being informal or lax, these acts remain revered at St. Richard’s.

As students become “graders” and enter they Lower Division, they wear a traditional green blazer, often noted as being more formal than most school uniform codes. This sense of formality is also seen with notable events such as the Grade 5 Tea and in daily interactions of holding the door for one another or making appropriate eye contact when speaking to a peer or adult.

While some of the initial behavior expectations have been modified throughout the years, a core set of 10 Proper Dragon Manners remains the same. By collectively emphasizing these manners at a young age, we have the opportunity to spend more time on active learning and less time on classroom management.

There is no doubt that our students rise to the high expectations St. Richard’s outlined decades ago. Secondary schools often comment that graduates of St. Richard’s are distinguishable long after their days of wearing the traditional green blazer. They are often noted for showing respect for one another and the learning process and carrying themselves in a way that is simply put, remarkable.

There are many times, though, that the blazers remain in the classroom and the students are able to loosen their ties so to speak. This skill, knowing when there is time for work and play, is a hallmark tradition at St. Richard’s and one that will hopefully carry them into their secondary years of education and adulthood.

Middle Division Preview Day is taking place on May 18 from 9:00 to 11:00 am.
Sign up HERE for your student to be part of our preview day experience.